Labtech Apoptosis – What assay should I use?

Apoptosis, a form of programmed cell death, is a coordinated, stepwise series of biochemical reactions that results in the orderly disassembly of a cell from an organism. This normal biological process is necessary for the proper development of organs during embryogenesis and the removal of abnormal cells, such as cells damaged by exposure to pathogens or undergoing oncogenic transformation. The switch between cell survival and apoptosis is tightly regulated and critical to the development and well-being of an organism.

Defects in the apoptotic pathway that prevent cell death can lead to developmental abnormalities or unregulated tissue growth, as occurs in cancer. In contrast, pathological increases in apoptotic activity are characteristic of several disease states, including AIDS, neurodegenerative disorders, insulin-dependent diabetes, myocardial infarction, and atherosclerosis. Consequently, the manipulation of the apoptotic process is essential to better understand the development of various diseases and discover potential therapeutic targets.

The induction of apoptosis evokes several significant biomolecular and morphological changes, some of which are commonly used as markers of apoptosis. These events lead to important phenotypic alterations, highlighted in the figure above. Apoptosis ends with the formation of apoptotic bodies, which are eliminated by phagocytes or neighboring cells. 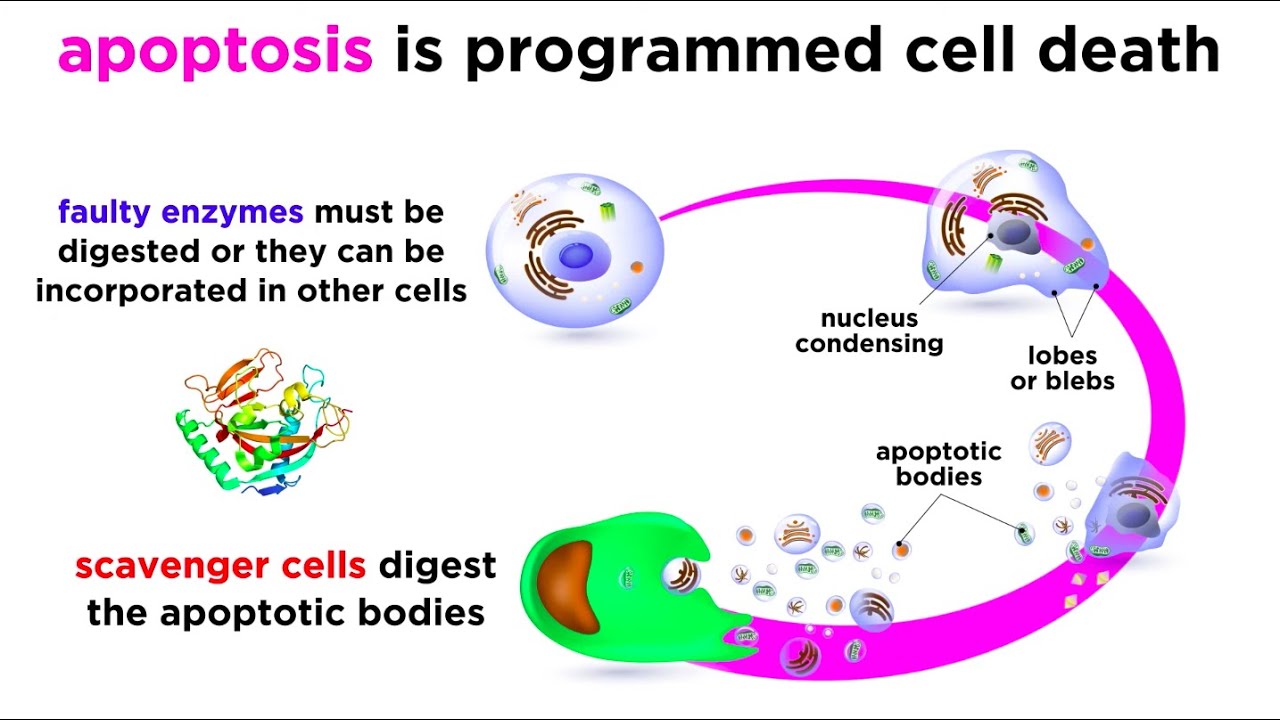