The full-length IL-33 was cleaved into its short active form and released into the tumor microenvironment through the N-terminal pores of gasdermin D. The secreted IL-33 bound to ST2+ Treg cells, resulting in in an alteration of CD8+-mediated antitumor immunity and the development of HCC. These findings shed light on SASP factor release and suggest that targeting IL-33 release from senescent cells may be an attractive therapy for HCC. 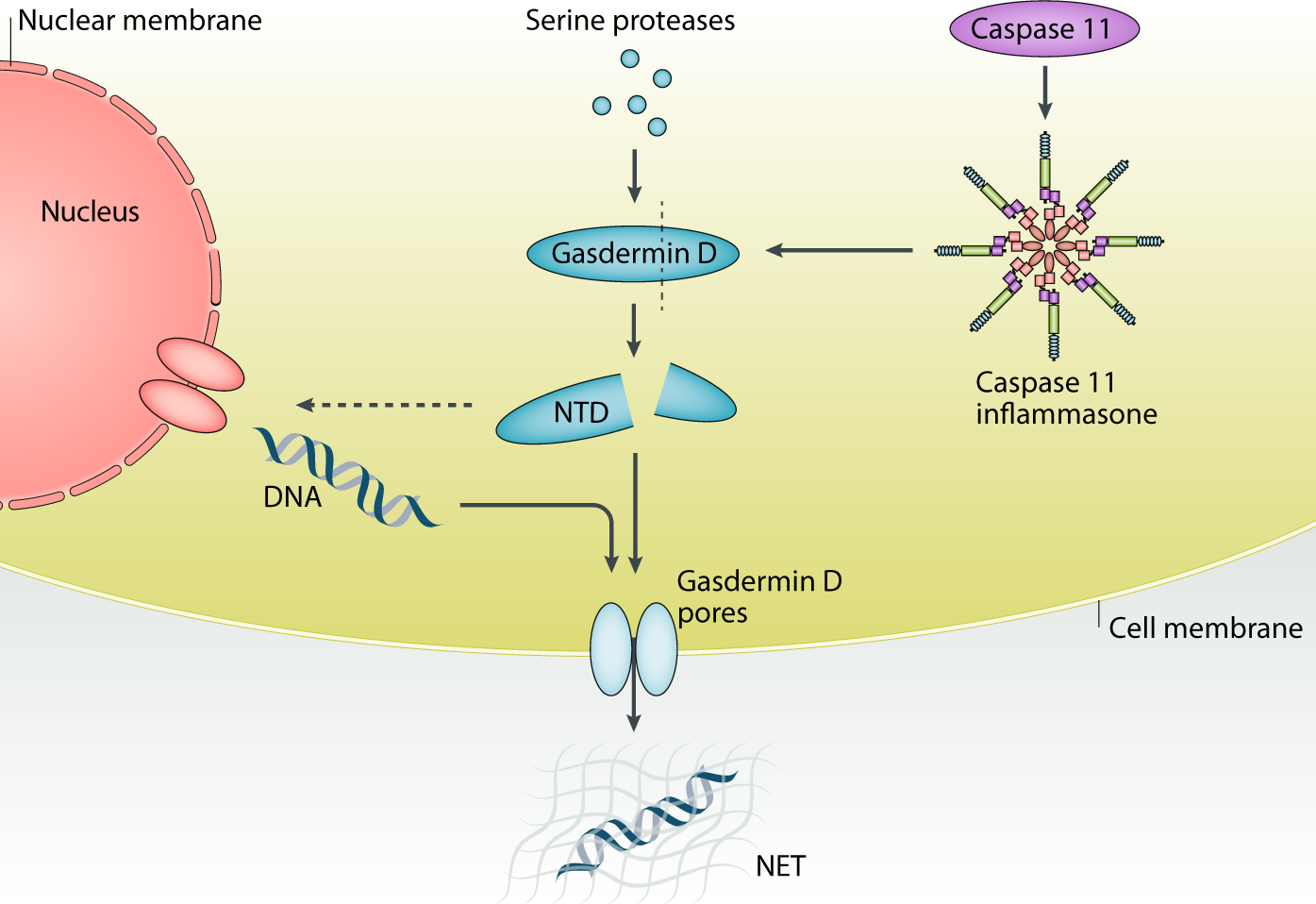 Long-term senescent cells exhibit a secretome termed senescence-associated secretory phenotype (SASP). Although the mechanisms of SASP factor induction have been intensively studied, the mechanism of release and how SASP factors influence tumorigenesis in the biological context remain unclear. In this study, using an obesity-induced hepatocellular carcinoma (HCC) mouse model, we identified the mechanism of IL-1β-dependent release of SASP factors, including interleukin-1β (IL-1β) and IL-33, from senescent hepatic stellate cells (HSC) through the amino-terminal mediated pore of gasdermin D (GSDMD).

We found that IL-33 was highly induced in senescent HSCs in an IL-1β-dependent manner in the tumor microenvironment. The release of both IL-33 and IL-1β was triggered by lipoteichoic acid (LTA), a cell wall component of the gut microbiota that was transferred to and accumulated in the liver tissue of mice fed a high-fat diet. , and the release of these factors was mediated through cell membrane pores formed by the amino terminus of GSDMD, which was cleaved by LTA-induced caspase-11.

We demonstrate that IL-33 release from HSCs promoted HCC development through activation of ST2-positive Treg cells in the liver tumor microenvironment. Accumulation of the amino terminus of GSDMD was also detected in HSC from patients with HCC associated with human NASH, suggesting that a similar mechanism might be involved in a certain type of human HCC.

These results uncover a release mechanism for SASP factors from sensitized senescent HSCs in the tumor microenvironment, facilitating the progression of obesity-associated HCC. Furthermore, our findings highlight the therapeutic potential of inhibitors of GSDMD-mediated pore formation for the treatment of HCC.