An Overview of Sperm Sorting Technologies

With the entry of women into public life and the workforce, many have postponed childbearing until the latter part of their reproductive years. This has led to the increasing use of assisted reproductive technologies (ART) to help women conceive. These methods, which are cumbersome, time-consuming and expensive, are constantly being updated to improve the rate of successful conception. 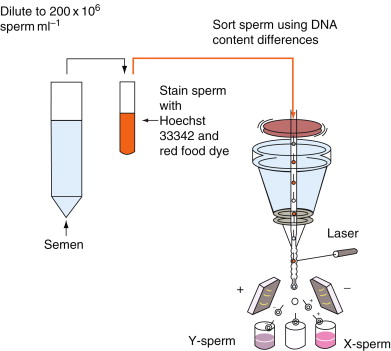 One such improvement is sperm sorting technology, where viable sperm are separated from non-viable ones. In some cases, personal or medical reasons are cited for selecting the sex of the sperm, for example, to avoid an X-linked disorder.

In addition to the cost of typical ART cycles, whether it be in vitro fertilization or intracytoplasmic sperm injection (IVF and ICSI, respectively), the anguish and expectations of infertile couples must be factored into the equation when assessing effectiveness. each. This is one of the reasons to seek to reproduce the natural efficiency of fertilization and at the same time substitute other methods for the natural selection of spermatozoa that occurs in vivo.

Failure to do so could increase the chance of fertilizing with defective sperm, leading to developmental failure, pregnancy loss, or even abnormal offspring. When it is considered that infertile men often show a high incidence of abnormal sperm morphology and functionality, including DNA fragmentation, the sperm sorting step is considered essential.